Housing market cools along with temperatures

As fall moved into winter, real estate market in London cooled considerably from the buoyant spring and summer market with sales levels lower than 2016 for the past two months. Make no mistake, 2017 will be the all time best year for London real estate, but is this recent slow down simply a short term blip, or the beginning of a market correction? Good question with a difficult answer because there are a lot of contradictory factors affecting the London real estate market and many have nothing to do with London.

First, let’s take a step back and review what happened in the spring market, where a flurry of consumer panic and multiple offer situations pushed sales values and prices beyond what we would consider to be normal. What happened in the market at that time had very little to do with London and more to do with what transpired in Toronto.

Toronto experienced a boom in housing prices due to many factors, including foreign purchasers increasing the demand for housing based on simple supply-and-demand factors. Toronto retirees, who recognizing it was a good time to cash out, subsequently purchased a comparable London home at a fraction of the cost, thus creating a nest egg for retirement. Toronto investors were also active in the London market en masse, as the London market was deemed “undervalued” when compared to those closer to the GTA: Hamilton, Kitchener, Barrie, Oshawa, etc.

So what has changed and what facto 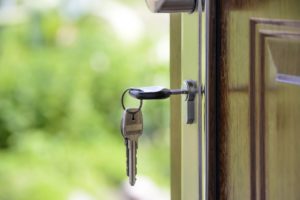 In summary, my thoughts are that 2018 will bring a shortage of affordable housing, so lower-end starter homes will sell quickly and for top dollar. Home sales at the high end may see a slow down as older Londoners are going to be content with where they live and are not going to upsize to larger homes.

Higher interest rates are going to make more expensive homes less attainable for those looking to upgrade, and we can only guess on how or when the Toronto housing market will correct itself. Investors may continue to like London or will they move on to the town viewed as the next “undervalued” opportunity? Cities such as Hamilton, Kitchener, Barrie, Oshawa, etc. all benefit from rapid transit into Toronto. London is not one of those cities. It may be years before rapid transit is built, so it is probably unrealistic to expect the housing demand here to be on par with those cities.

I am curious on how all the supply and demand factors will actually play out. Will the 2018 spring market commence another record year, or will tighter affordability rules bring a return to traditional market norms? Stay tuned.