Consumer proposal versus bankruptcy: What is the difference? 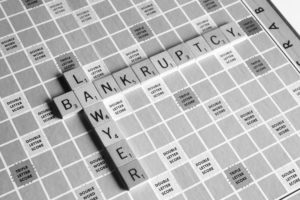 In comparing a consumer proposal versus bankruptcy, the first point to understand is that both have to be filed by a Licensed Insolvency Trustee (LIT or Trustee).

You should also understand the benefits when you file with an LIT.

The unique benefits of filing with an LIT include:

These three (3) benefits can only be provided by a Trustee or LIT and they are available with a consumer proposal, as well as bankruptcy.

A consumer proposal is basically an agreement with your creditors prepared by your Trustee to offer a settlement to your creditors that is less than full payment.

For a consumer proposal to be accepted by your creditors, it requires 51 percent (based on dollars owed) of your creditors to agree to the compromise offered.

What is the Trustee’s involvement in a consumer proposal?

The Trustee’s job is to compare the options of various alternatives with the debtor, however, if the debtor cannot afford a consolidation loan or credit counselling – both alternatives generally pay out the creditors in full with additional costs, then the only alternatives are: consumer proposal or bankruptcy to avoid being sued and garnisheed.

There can also be flexibility in paying a proposal. Most proposals are paid for by making regular monthly payments to the Trustee, who then periodically distributes them to the creditors. However, extra payments can be made at any time, which would result in the proposal being finished earlier. Examples of these include money from a tax refund, a bonus from work, higher wages after proposal filed resulting in more income available.

There is also the possibility of third-party money funding the proposal. For example, your parents may provide a lump sum of money instead of monthly payments.

Filing bankruptcy will relieve the pressure with your creditors, similar to a consumer proposal, however, bankruptcy has many differences from a proposal as well.

What is the Trustee’s involvement in filing for bankruptcy?

The Trustee is much more active or engaged when you file bankruptcy. Some of the issues include:

In monitoring your income the Trustee may require you to pay more money into the bankruptcy, and also remain bankrupt longer. Both of these happen when the bankrupt’s income exceeds the Bankruptcy Guideline amount.

There may be realizable assets that a bankrupt has to pay the Trustee for, such as a second vehicle, RESPs, house equity greater than $10,000, etc.

Income tax refunds go to the Trustee on behalf of the creditors for the year of bankruptcy, as well as any prior years not filed. These can sometimes be significant in value.

When is bankruptcy the ideal solution?

In the event you have a small incorporated business to earn your income, then bankruptcy would be a non-starter as an option.

For those people not working, or with very low income, or lack of a secure job, then bankruptcy may be the only affordable option for them.

Bankruptcy can provide relief for the ‘honest’ debtor

Filing for bankruptcy will provide relief to the ‘honest’ debtor, however, it is not a free pass. Bad or fraudulent conduct by a bankrupt, or a lack of follow-through of the bankrupt’s duties, can result in the bankrupt having to go before the court to get discharged. Note that bad conduct prior to filing would be reported in a consumer proposal as well, which would not enhance the creditors view when they vote on whether to accept the proposal.

To summarize, bankruptcy is certainly a viable option for an insolvent person who is an honest but unfortunate debtor. However, the debtor should always consider a consumer proposal whenever it is affordable or viable for the many reasons described above. For more information regarding consumer proposals and filing for bankruptcy, contact the team of experienced professionals at McLennan & Company Ltd.