Do you want the Canadian government to own a portion of your home? 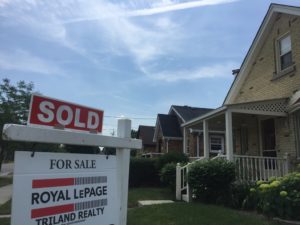 When the Government of Canada introduced the First Time Home Buyer Incentive (FTHBI) effective September 2, 2019, I expected more buzz in the mortgage community.

The program is available to first time home buyers with household income under $120,000 for mortgages not exceeding four times income. The government is offering interest free loans on five per cent of the purchase price for mortgages that qualify under the insured mortgage guidelines and up to 10 per cent on new home construction. Applicants would still require a minimum five per cent down from their own resources, a requirement for obtaining an insured mortgage.

In exchange for the interest free loan, the government would essentially take a five per cent ownership position in the home with repayment due at the time the house is subsequently sold, or after 25 years. The repayment amount would be calculated based on the current valuation of the home at the time of redemption.
So why the lack of industry buzz? Two reasons.

1. The government will register a mortgage in second position behind the first mortgage. This will potentially make subsequent mortgage financing more difficult.

2. The math may not work. Every situation will be different, but assuming a current home value of $300,000, the interest saved on $15,000 of mortgage payments is about $7,500 over 25 years. Assuming an appreciation in the value of the home to $450,000 over 25 years, the five per cent repayment amount of $22,500 would create a break even scenario. The average appreciation over the 25 years works out to two per cent per year.

This seems like a sweetheart deal for the government given both current and historic housing appreciation rates in many parts of Canada. The (FTHBI) is not a program I would promote to my clients. If the government was interested in making home ownership more affordable and accessible for more Canadians, they could simply reverse some of the punitive financial practices of years past. Remove the mortgage “stress test,” extend amortization periods, allow “stated income” options for self-employed individuals, etc.

Do you really want the government owing a portion of your home? What seems like a housing incentive may be nothing more than short term gain for long term pain.